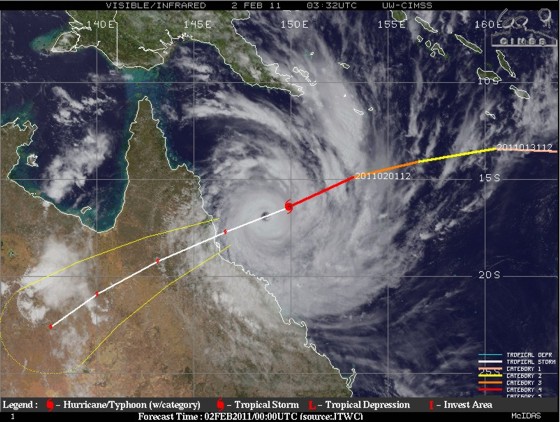 A significant tropical cyclone (Yasi) in the southwestern Pacific, with maximum sustained winds of 144 mph, is heading straight for Queensland Australia. Satellite images of this incredible storm are breathtaking, giving at least a nice break from the bitter cold and snow currently blanketing much of the central and eastern U.s. at this time. But residents in northeastern Australia are bracing for high winds, and along the coast have been dealing with intense storm surge for hours. 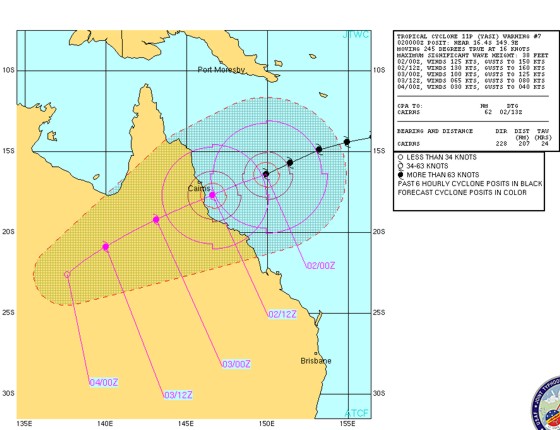 It’s an interesting dichotomy when in the northern hemisphere you have an intense winter storm, producing blizzard conditions across the Great Plains and Midwest, and snow and ice storm conditions across the Northeast. But on the entire other side of the world in Australia — the southern hemisphere — the atmosphere is reacting in another violent way by producing 144 mph sustained winds, and bringing severe storm surge and pending damage. 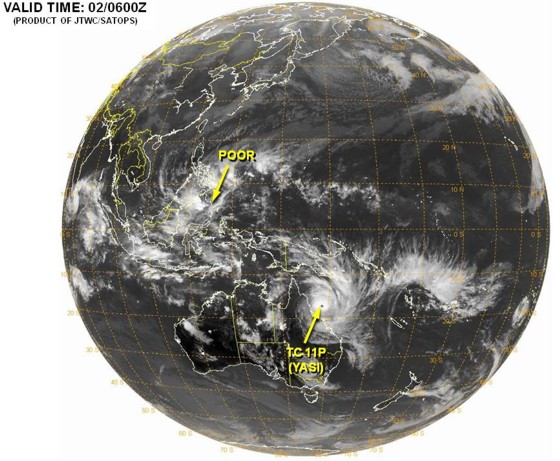 A global perspective on Cyclone Yasi heading for northeastern Australia 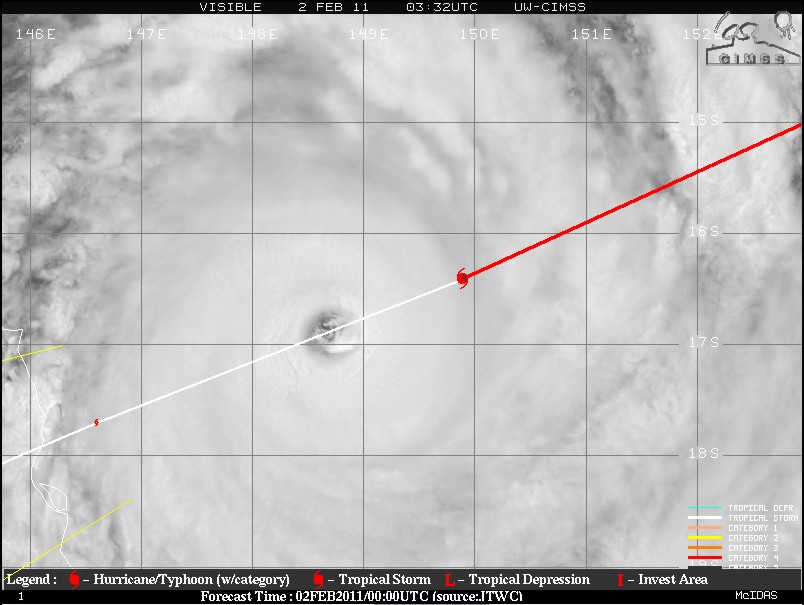 An amazing vibible zoom in on Cyclone Yasi

To me it’s fascinating that there can be such extremes on two different scales on two sides of the world simultaneously. But that’s what I love about weather, and why I’m not just a meteorologist, but a weather enthusiast. May the people of Queensland find shelter from this incredible tropical cyclone, and the residents across the Great Plains, Midwest and Northeast stay warm from yet another major winter storm.

Next up — Great Plains tornadoes? Spring is just around the corner…..