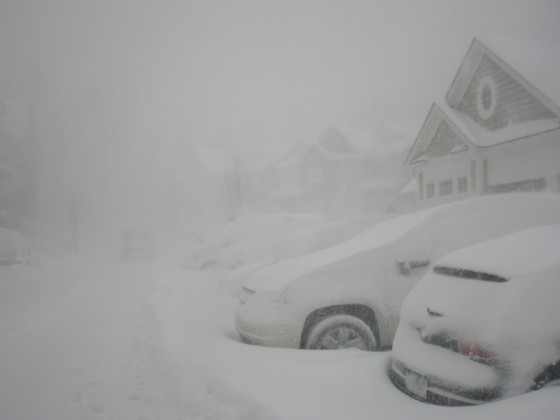 I received 16 inches of snow in my backyard in Shelton, CT as of around 8:30 a.m. Some spots of course had much more in grassy areas etc. But the most consistent measurement on flat surfaces was indeed 16 inches. Quite a storm! Below are several photos to give you an idea of what this looked like. It’s amazing to see cars covered like the are, and for a whole city to be seemingly shut down from this. Having been raised in the South, this kind of snow isn’t what I’m use to. So I’m fortunate to have the opportunity living here in Connecticut to experience it first hand.

Anyways, I walked all around my neighborhood, through some really deep snow. In some grassy areas the snow was piled up to past my knees! Needless to say, it was a decent little workout getting some of the photos. But fun and well worth it. 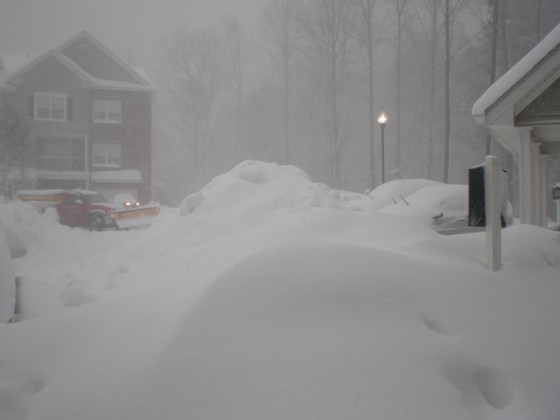 View from my front walkway

My driveway and garage. 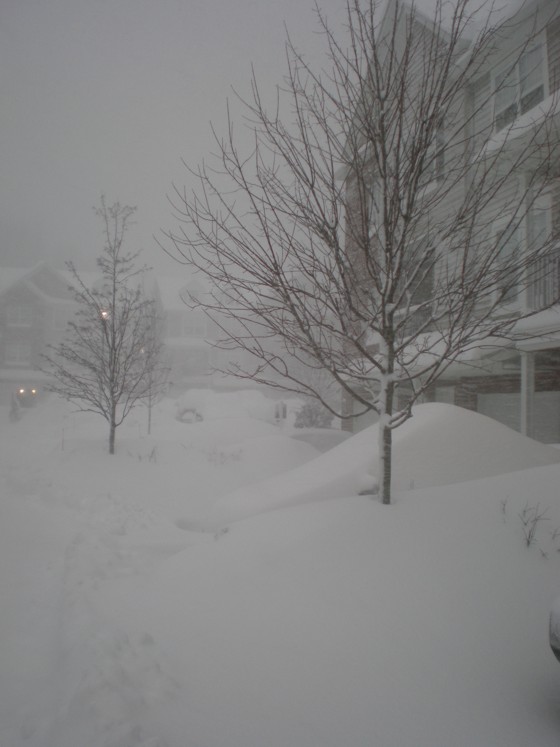 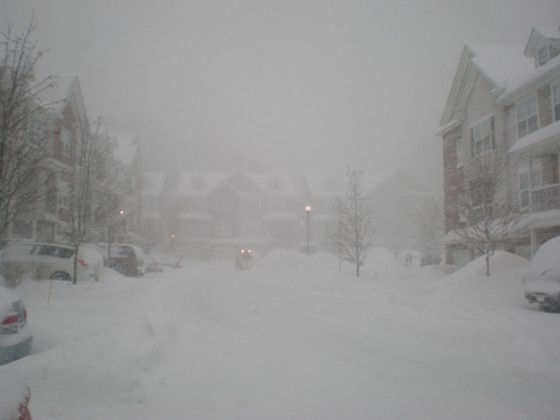 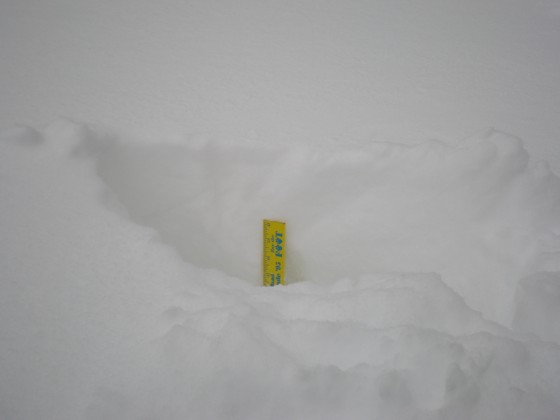 A ruler wasn't long enough to measure the snow depth 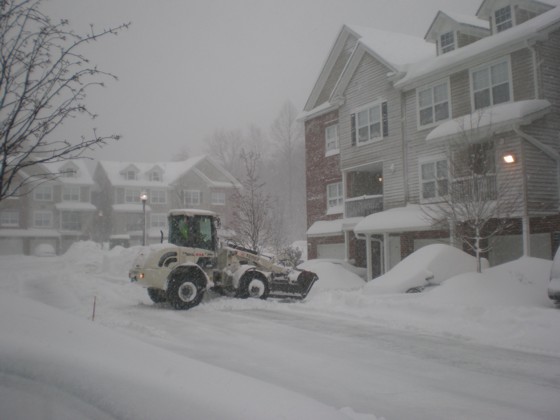 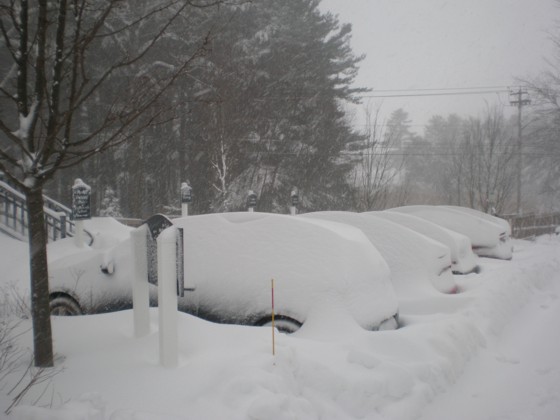 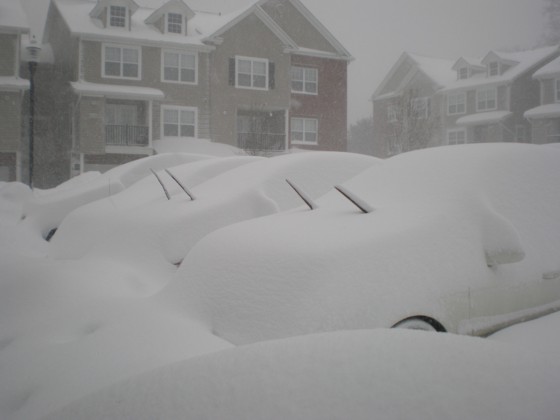 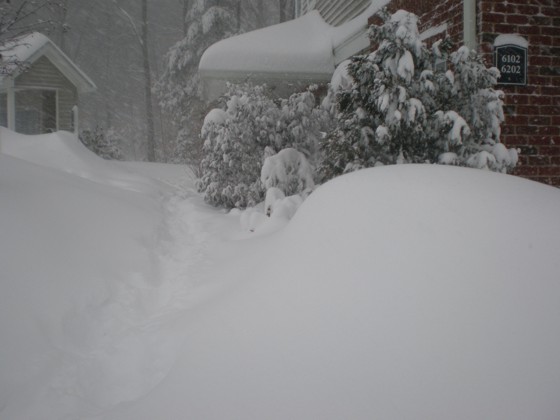 Front walkway to my front door. It's under there somewhere.. 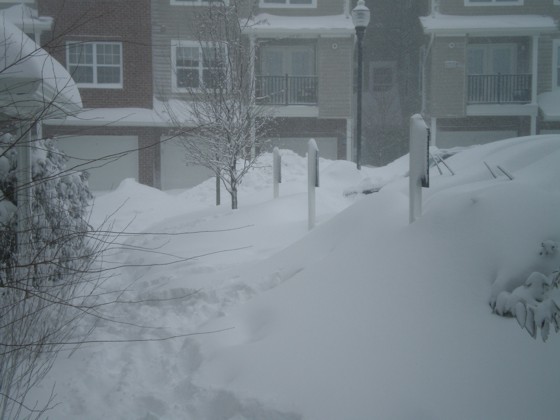 Front walkway (left) with cars on the right, in the parking lot 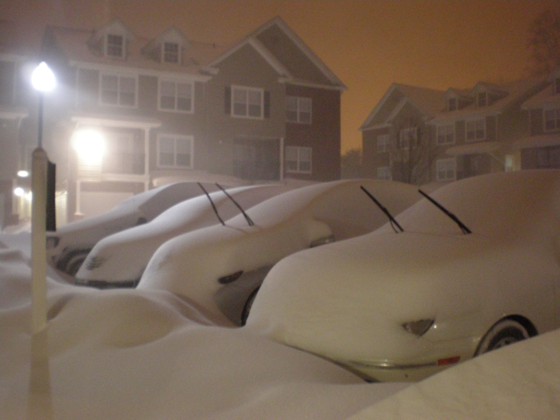 MaryLeigh and I went outside shortly after 3:00 a.m. EST to wonder around in the snow. There was about a foot of snow already on the ground, and as of this post it’s still coming down hard. The wind was gusty, but absolutely nothing like the previous storm. So, there wasn’t any point in shooting video. I’ve included two photos. I have more, but some are blurry and some are not. I said the winds weren’t as bad as the last storm, but they were still gusting to 30-40 mph, making photography with my sub-par still camera diffcult! Plus, I accidentally dropped by camera in the snow and it sunk several inches deep. Well, I guess that’s what happens when you are sick, take a few hour nap to wake up and immediately go outside during a major Nor’easter!

The picture below shows my driveway and garage! I’ll post more pictures and a final snow total later. But as of 3:00 a.m. EST I measured about foot of snow on the ground. Over the past 90 minutes it’s been snowing quite heavily. So, it will be interesting to see what the final accumulation ends up being later this morning.

One Response to “Connecticut Snow: Pictures from Nor’easter #2”