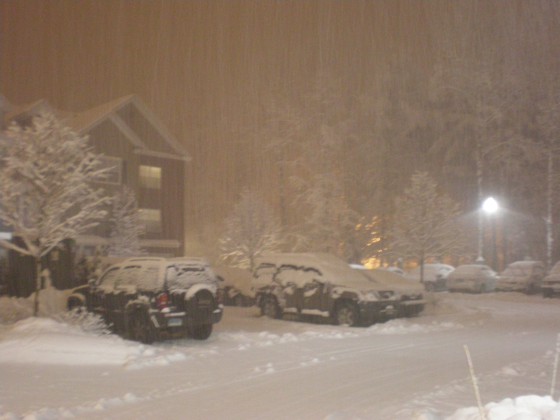 A heavy band of snow moved through parts of Connecticut this evening. In the course of just a little over an hour, my backyard in Shelton, CT went from 3-4 inches of accumulation to 6.5-7.0 inches! The snow flakes were enormous and very, very wet. They were coming down at a rate I haven’t seen in some time — if at all. (Other areas about thirty minutes to my north have received has high as a foot of snow.)

This heavy band of snow was brought on by what is a called a NORLUN instability trough. I won’t get into all the technical stuff, but it’s basically a rather narrow band of very, very heavy snow produced by instability. Normally, you only get instability from thunderstorms. But in this case the right dynamics came together near a surface boundary produced partially from ocean interactions, cold air aloft and a ton of lift from upper air dynamics. The result is what the pictures show below. Oh, and I could have sworn I heard a faint rumble of thunder when I was out there!!!!

When I was wondering around like a little kid, I decided to make a snowman (see picture below). I was amazed at how easy it was to make snowballs. The snow was so incredibly wet, I’m not sure it even took ten minutes to complete my masterpiece 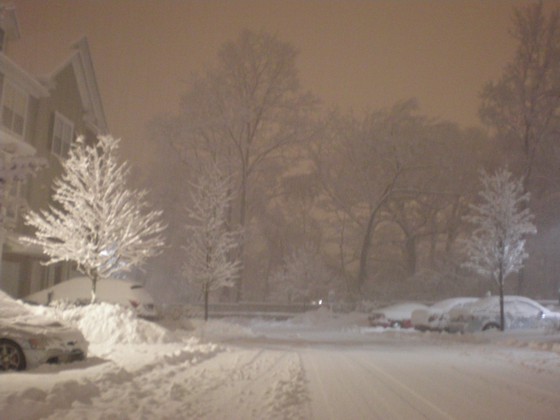 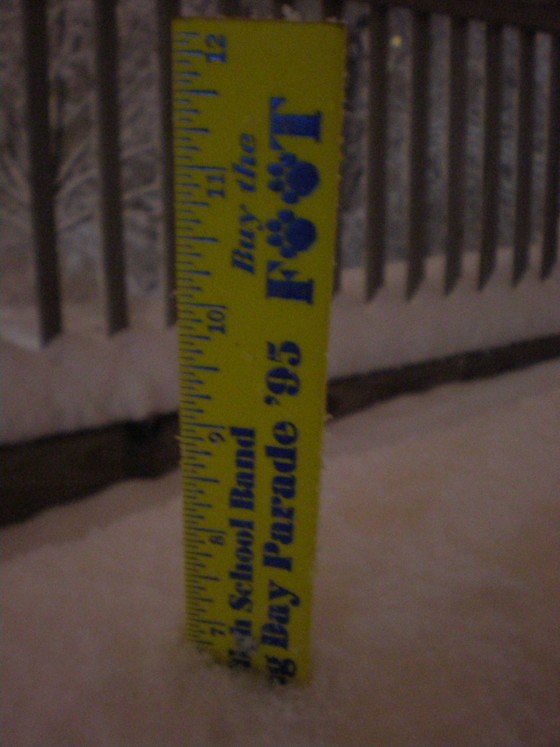 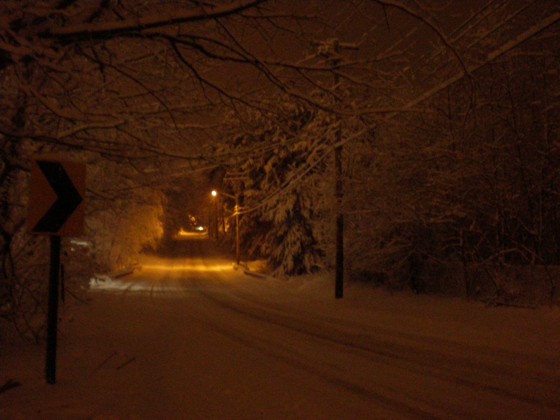 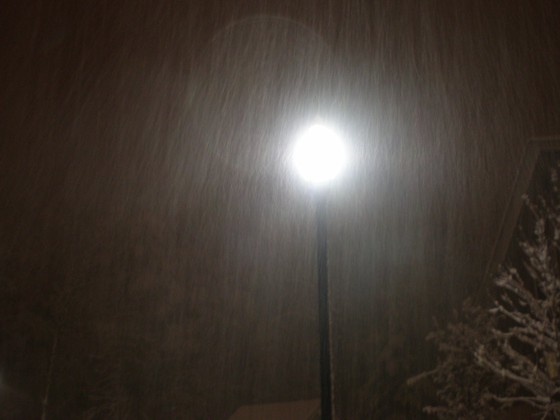 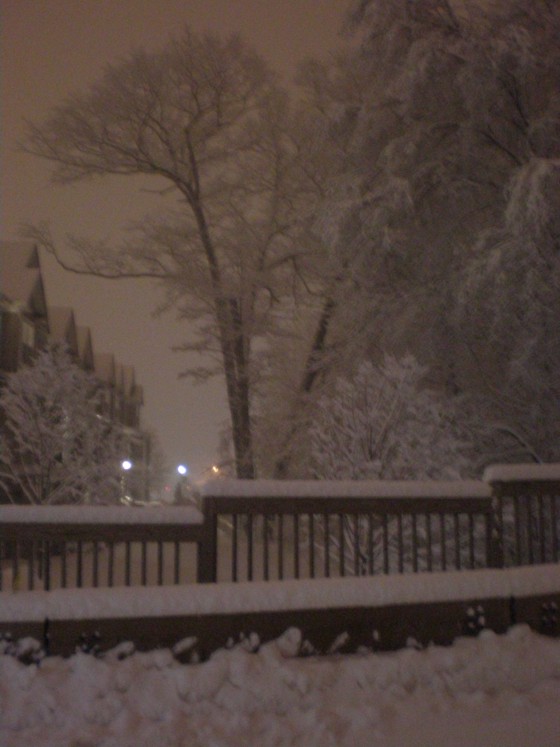