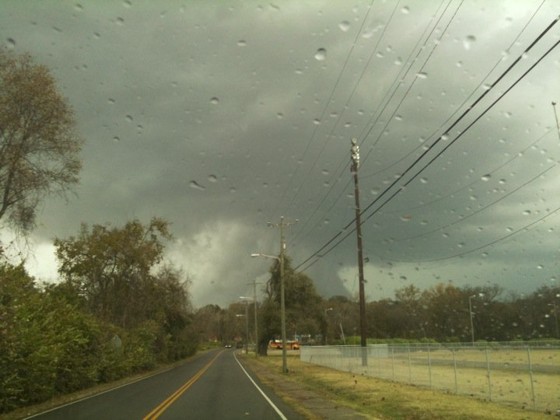 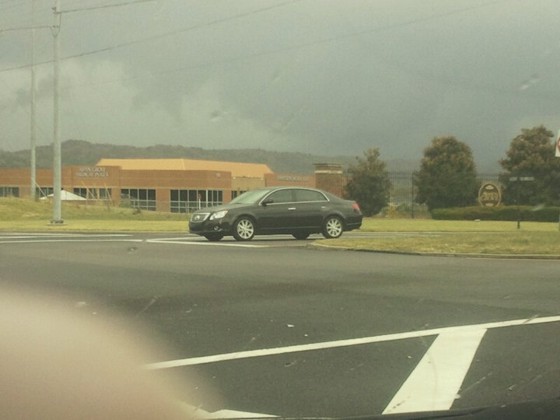 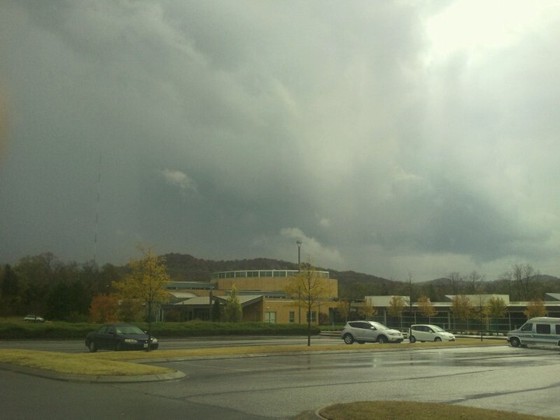 The back side of the flanking line. Photo by Robert Nacarato. 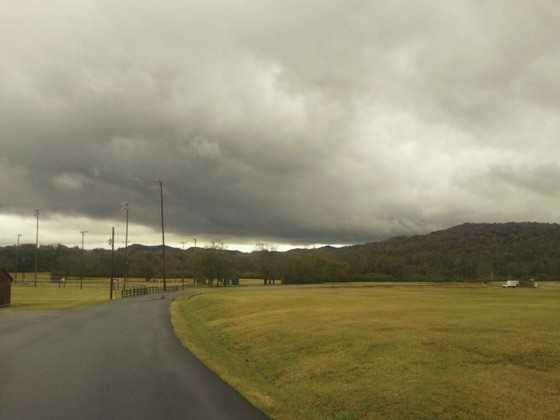 Tornadic supercells raced through middle Tennessee today, producing wall clouds, funnels and even at least one confirmed tornado. Robert Nacarato left his middle Tennessee home and drove south toward Williamson county to document a tornado warned supercell. He saw a wall cloud and said the clouds were moving so fast it was hard to keep up. Storm chasing in middle Tennessee is quite a challenge with the hills and curvy roads. So Robert was lucky to see what he did considering storms were moving northeast at nearly 60 mph!

Thank you Robert for your storm chasing photos!

Storm Prediction Center issues a high risk for severe storms; damaging tornadoes are expected from the Tennessee Valley into the Ohio Valley…. 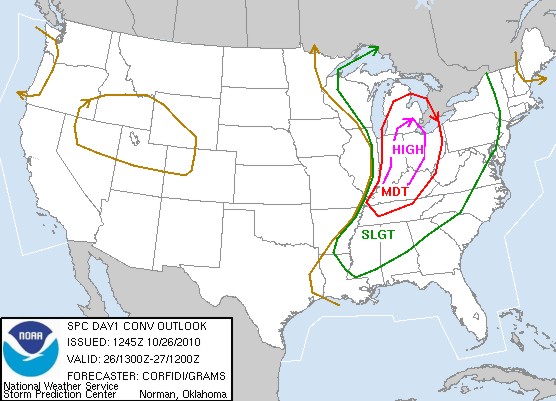 High risk for severe storms from the Storm Prediction Center

An intense, rapidly moving storm system is bringing the threat for damaging straight line winds and violent tornadoes across the Ohio Valley today. A squall line is already in progress as I type over western Kentucky and Indiana, with individual storms within the line moving northeast at 60 mph. This line could produce tornadoes, but the main threat would be damaging winds.

The big tornado threat is expected out ahead of the line from more discrete storms (supercells) that are expected to develop later this morning through midday into the very early afternoon. The combination of mid level winds (500mb) out of the southwest at 80 to 90 knots over a 65 knot 850mb jet from the south-southwest is creating an incredible wind shear environment for low topped supercells capable of producing violent, long track tornadoes. The only limiting factor is the weak instability, with CAPE values only expected to be in the 400-700 j/kg range. This is due to the relatively warm mid level temperatures. But, in situations like this where the 0-6km speed shear is so strong — combined with good directional shear — only 500 j/kg of CAPE is necessary to produce a long track, violent tornado from a low topped supercell.

Setups like this are very difficult to forecast. The CAP may be a tad too strong for discrete supercells to form ahead of the squall line later today. If this is the case, the squall line will remain the dominant convective mode for the day, significantly limiting the tornado threat and boosting the straight line wind potential. But, if something can trigger storms to fire ahead of the line, tornadoes are likely to form. The degree of wind shear suggests violent, long track tornadoes are possible as well. (IMO, all you really need is one discrete supercell in this environment and it will probably produce many tornadoes, and at least one violent tornado).

Unfortunately for storm chasers, these storms will be moving northeast between 60 and 80 mph!! Unless you plan on doing some serious speeding (not recommended!!), you will not be able to keep up with these storms. The best advice I can give to any chasers out there today is to begin your chase in the northern area of your target and let storms come to you. As they pass by, drop south to the next one while still heading east as the storms race northeast. It’s more of a storm intercept type strategy, but it’s the only way a chaser stands a chance at seeing a tornado on a day like today.

Good luck to anyone storm chasers out there!