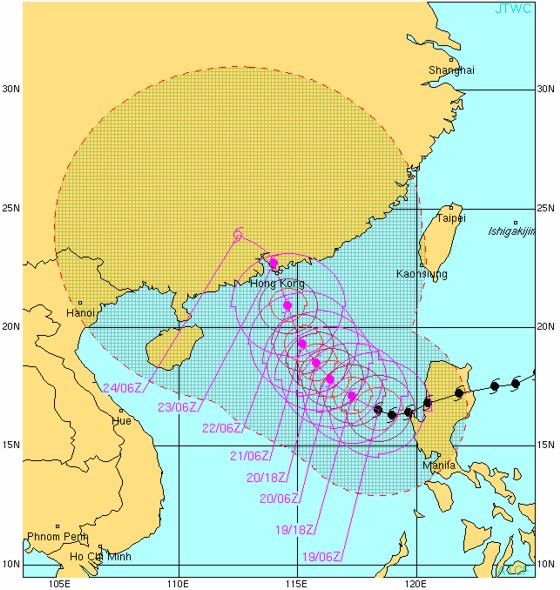 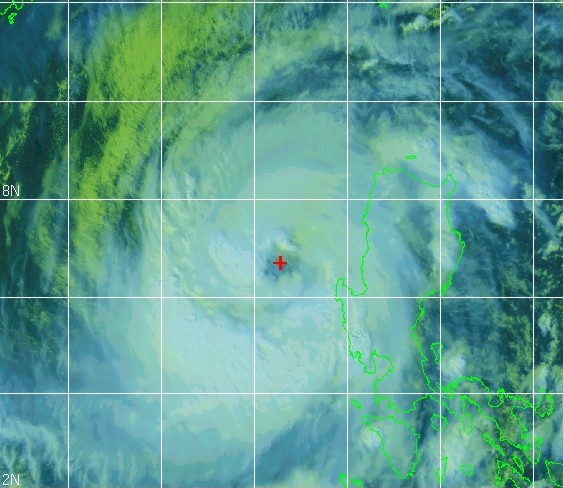 After weakening considerably over the Philippines yesterday, Typhoon 15W has re-emerged over the warm waters of the South China Sea and strengthened. Maximum sustained winds have increased to 100 knots. In the Atlantic Ocean, this would be strong enough to be classified as a category 3 hurricane.

The track forecast from the JTWC has shifted further to the right, and now takes this dangerous typhoon directly over Hong Kong early on the morning of October 23. The forecast shift is the result of computer models showing a stronger trough digging into southeast China over the next two to three days. This will pull the typhoon further north than previously expected. The only potential good news is the cooler waters close to the coast of China will cause some weakening right before landfall. The official forecast brings maximum sustained winds down to 105 knots just before landfall over Hong Kong. 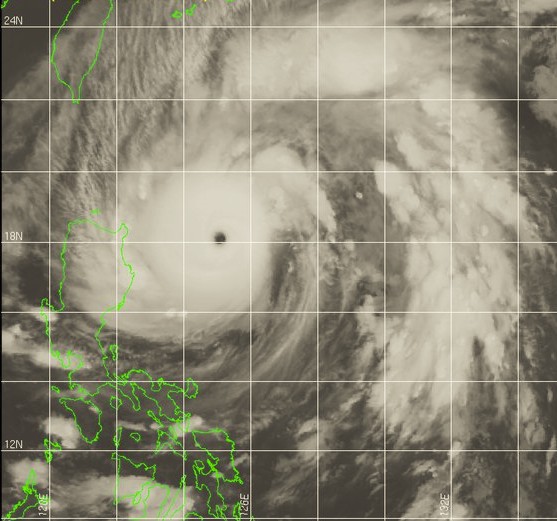 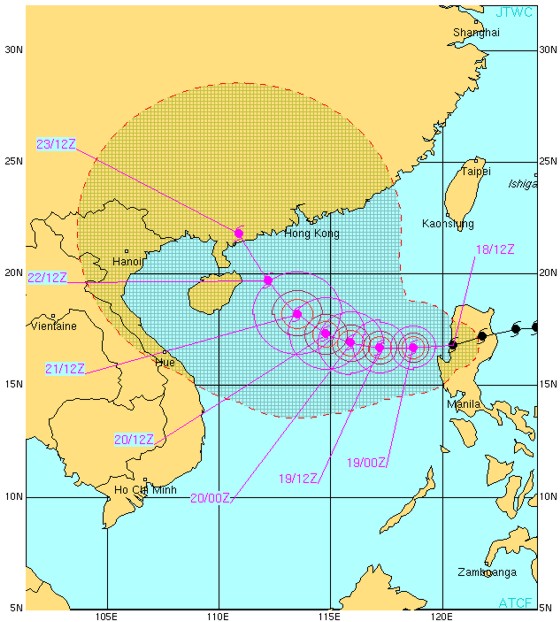 Super Typhoon 15W (MEGI) forecast from the JTWC on 18 October

At the time of the satellite image above, Super Typhoon 15W (MEGI) had a measured surface wind gust of 200 mph with a central pressure of 893 mb!!! This storm is a beast. It just hit the Philippines with maximum sustained winds around 155 knots, but has now weakened to 105 knots after moving over land.

The typhoon is forecast to move over the warm waters of the South China Sea and re-strengthen over the next couple days. It is expected to make landfall over south China, possibly close to Hong Kong. But, it is forecast to weaken shortly before making landfall as it moves over cooler waters along the south China coast. This is certainly good news for residents in and around Hong Kong.

More information about this dangerous typhoon can be found at the JTWC (Joint Typhoon Warning Center) website.