Pictures and video from TWC

Even for video shot using a cell phone from what looks like at least 25 miles into the distance, that tornado looks impressive.

A tornadic supercell moved through a ranch a few miles west of Reserve, Montana Monday evening around 7:30 p.m. MDT, killing two people and injuring one.  The storm formed around 4:30 p.m. on the U.S./Canadian border in northeastern Montana.  It moved southeast for over two hours before the first tornado was reported by Sheridan county dispatch well west of Reserve at 7:30 p.m.  The storm weakened as it crossed into North Dakota later Monday evening. 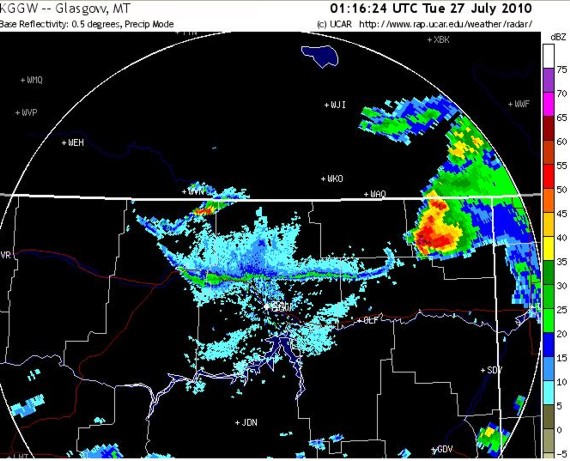 The image above shows the supercell moving southeast across northeastern Montana just before the first tornado report was received by law enforcement.  The storm has a pronounced hook echo, which is one indication on radar of a possible tornado.  However, the storm formed hours earlier along the U.S Canadian border in northeastern Montana.  The supercell looked very impressive for about an hour as it moved southeast through rural areas of Montana, and may have produced tornadoes that simply were not reported well before it came anywhere close to Reserve.

This tornado reminds all of us that violent, deadly tornadoes don’t always occur in the classic or more popular chase regions of the Great Plains.  While some chasers, including myself, do consider northeastern Montana an acceptable area to chase, others probably don’t, and may have never considered that area prone to tornadoes.   This time of the year, tornadoes are not uncommon from Montana, the Dakotas into Saskatchewan and Manitoba, CA.  In fact, some chasers that are not able to chase during May and June venture into the Canadian prairies in July in search of that elusive tornado.

This tornado also reminds us all to always take tornado warnings seriously!  Taking action can save your life.  And I know most people find it inconvenient to step away from the dinner table, the television, or the computer to take shelter.  Trust me, it’s hard enough for me to convince family members over the phone to heed tornado warnings.  But folks, it’s worth it if it means the difference between life and death.  And I know that usually we think we’ll luck out, that the tornado will miss us, and then we go on with our lives.  Maybe that’s what the people in that ranch west of Reserve, Montana thought last night too… 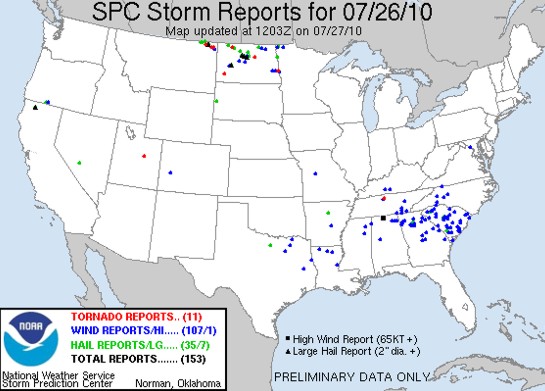 4 Responses to “Two Fatalities near Reserve, Montana from Tornado July 26”