This morning a line of strong storms moved through western Connecticut.  Steve Barabas took the following pictures near Southbury, CT. 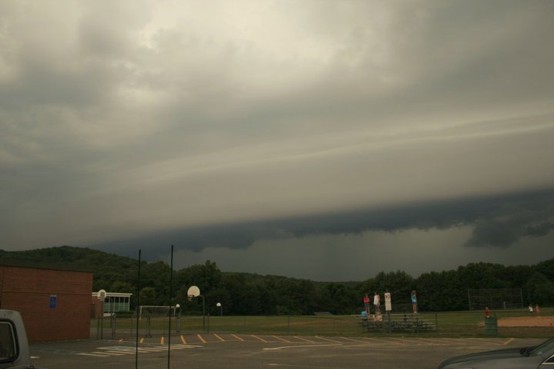 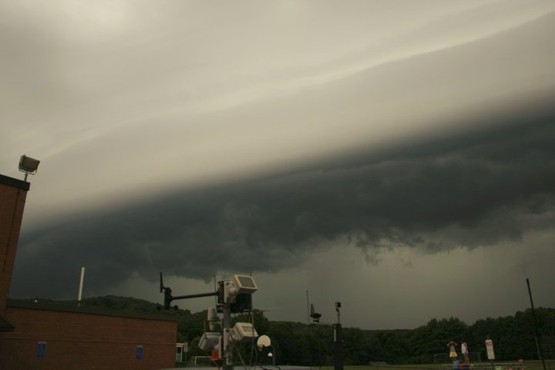 While at work in Westport, CT this morning, I had a chance to go outside and look at the storm for a few minutes.  I could see parts of a very well defined shelf cloud to my west, but the trees almost completely obscured by view until the storm was nearly on top of me.  Taking a picture would have been fruitless.  But I have to say that for a Connecticut storm, this was quite a spectacular shelf cloud.  It had very photogenic striations above the base of the cloud, which is something I have never seen up here before.  Not bad CT, not bad at all.

Not to take anything away from Steve’s photos, but unfortunately, the photos from Southbury pail in comparison to what I saw in Westport.  It seems the storm was just more intense closer to the coast.  The shelf cloud was more defined and the striations were spectacular – even for non-CT standards.  This says just how intense this shelf cloud really looked, because Steve’s photos are great.

2 Responses to “Strong Line of Storms move through Connecticut”