The following photos were taken on the May 12, 2010 storm chase in southwest Oklahoma.  I will try to post photos from the May 11 chase soon.  Also, I’ll post my tornado footage as soon as I can from Monday.  The video of the wedge in Arkansas City, KS is short but really intense. 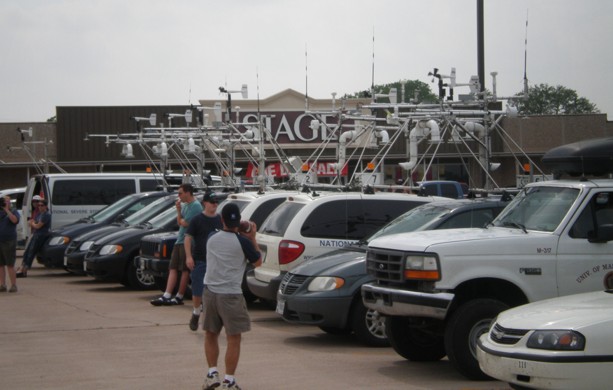 It really was quite a site in Elk City, Oklahoma in a shopping center parking lot.  There must have been 30 different vehicles, all associated with Vortex 2, all waiting for storms to form.  It looks like the researchers got really bored and started throwing around the football.  Can’t blame ‘em.

It was kinda funny when storms first began to fire to our west.  Once this occurred, everyone started leaving in groups.  The locals must of thought a violent tornado was coming or something, because you had over two dozen tornado research vehicles all leaving the same location at once.  I did have a chance to meet up with Simon, Juston and the Storm Riders crew.  In addition, I met Dr. Greg Forbes, the severe weather expert on the Weather Channel.  He seems like a really nice guy.  We exchanged chase stories from the Monday tornado outbreak. 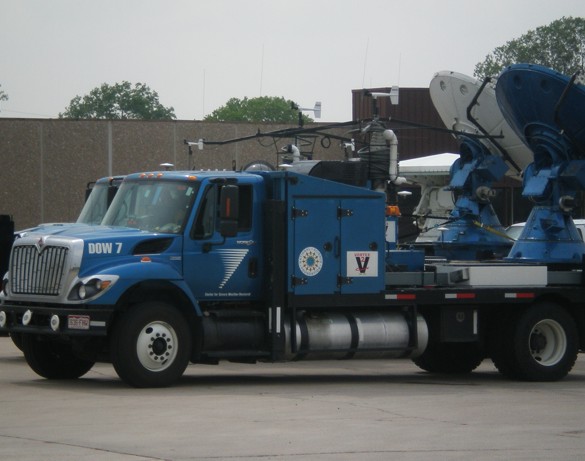 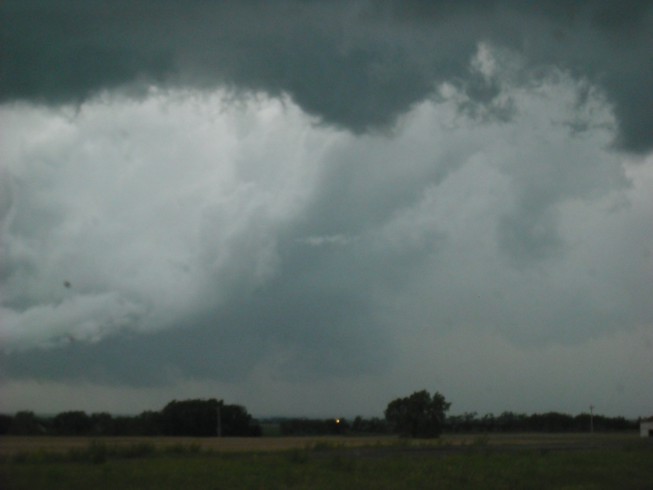 Above is a shot of one of the many wall clouds we witnessed.  This supercell was high precipitation and cycled quickly.  But, I never saw anything that every came close to producing a tornado.  In fact, there was hardly any actual rotation in these wall clouds.  We stayed on this supercell until dark.  Throughout its life there were all kinds of scud clouds, scud bombs and tornado lookalikes, but I never saw anything that came close to being a tornado.