Boston has been experiencing near blizzard conditions throughout the day today. The first wave of heavy snow and high winds came early in the morning, persisted for several hours, and finally settled down for a bit around lunch time. In the past couple hours this afternoon, heavy snow and high wind have picked up again with very low visibility. Locally, Boston has received nearly 10 inches of snow today with more snow accumulating by the second.

Below are a few photos I took when things downtown were a bit quieter between heavy snow bands and blizzard like conditions. 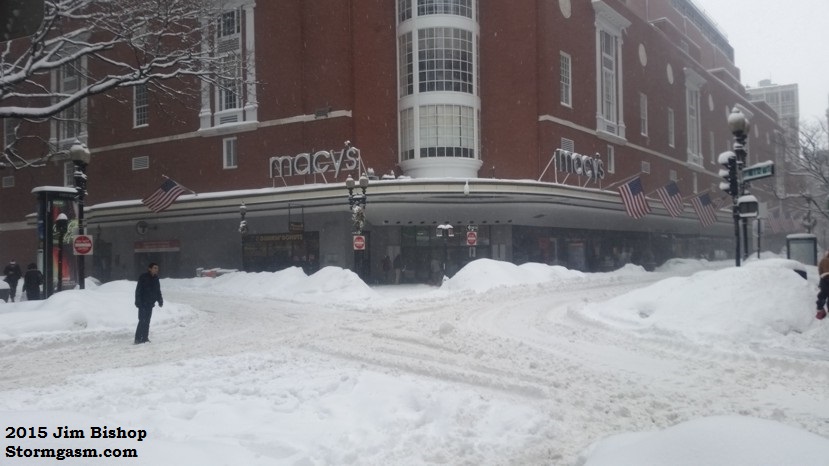 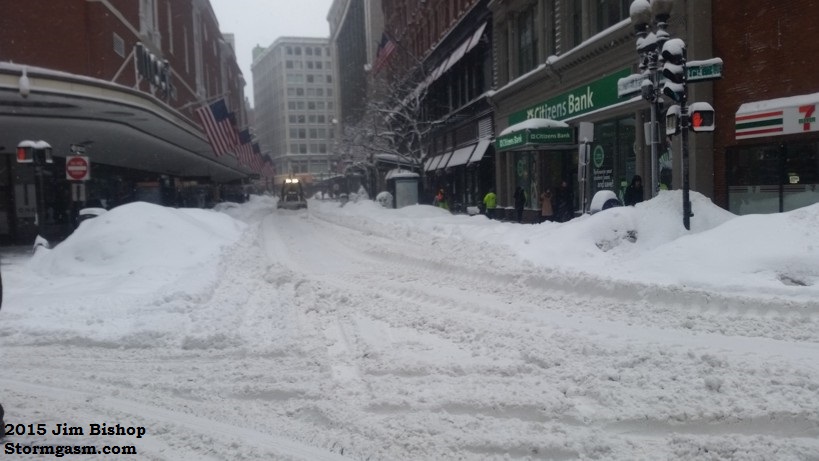 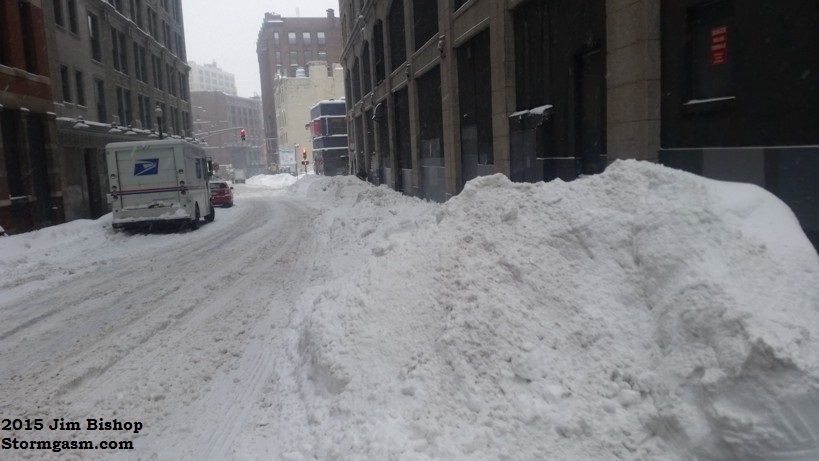 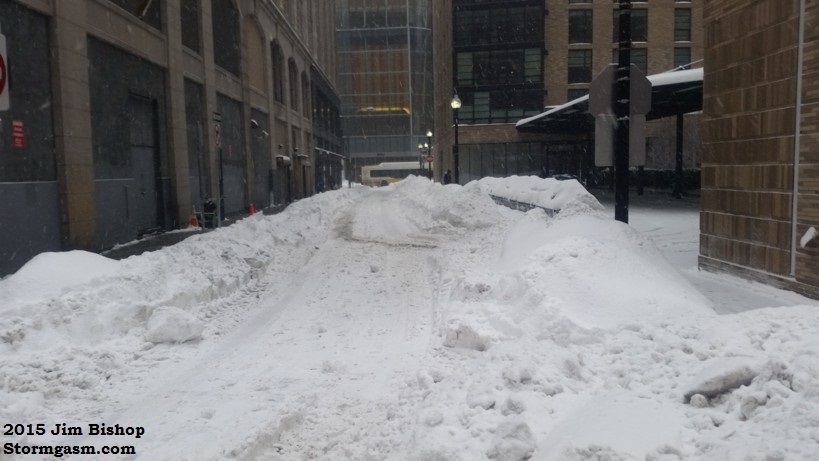 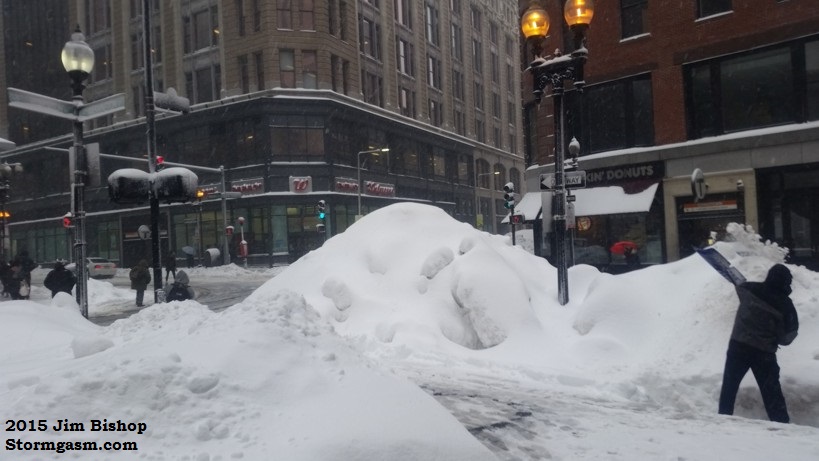