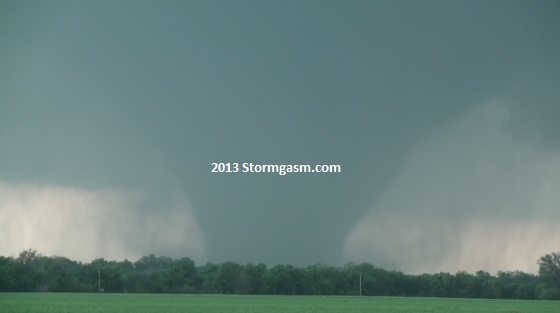 It’s really late so I’ll try to make this brief, but after such a successful day I had to find some time to at least post a few photos. Today I documented a large, violent tornado near Bennington, KS. I had targeted the Salina area for storms to develop along the warm front near the pseudo dryline intersection. Well the forecast worked out well and a supercell indeed developed just northwest of Salina. Before long it became a monster storm just west of Bennington. The tornado developed and quickly became a large cone/stovepipe, becoming wrapped in rain a couple different times before transitioning into a large wedge. 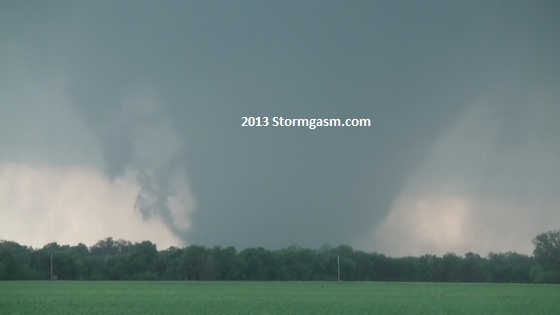 When the wedge transition occurred, I re-positioned a mile or so to the north to get a better shot, hoping I would be able to see around the rain. The re-positioning did get me a better short for a little while. But with time this storm became the monster of all HP supercells. 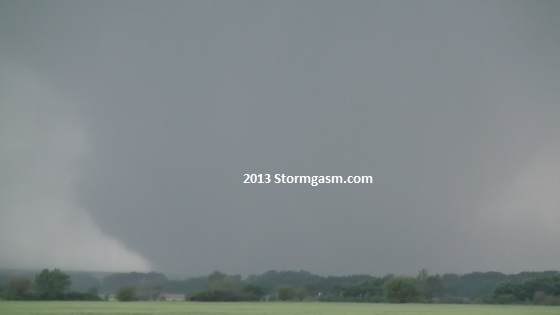