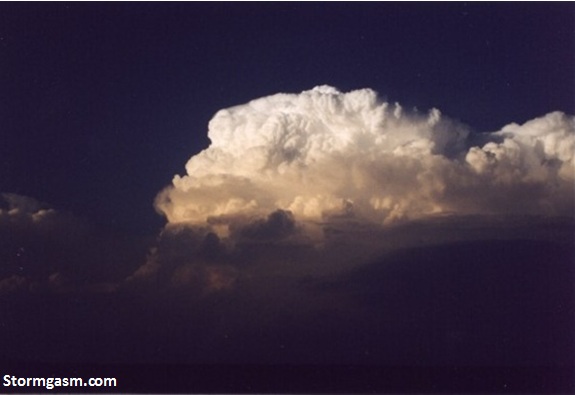 Supercell at sunset on April 17, 2002 in far northwestern Oklahoma.

April is my favorite month. Not May. Not June. No it’s definitely April.

When I was studying for my meteorology degree at the University of Oklahoma back in the day (the years go by faster than you can imagine), I went on so many wonderful storm chases during the month of April. It’s the time of year when quality low level moisture from the Gulf of Mexico usually makes it up to Oklahoma and Kansas, sometimes much further north. And most of the time the jet stream is still quite strong as a leftover from the winter season. So you can imagine that on occasion the right amount of moisture and wind shear would result in some magnificent supercells thunderstorms, and even tornadoes.

But the reason why April is hands down my favorite month isn’t just because of the storms that I’ve encountered or the experiences I’ve had. It’s so much more. It’s the fact that even after a chase day in April is over and I’ve seen an incredible supercell that produced baseball sized hail, a tornado, with a spectacular lightning show after dark, I know there are still two MONTHS of the storm chasing season in front of me! 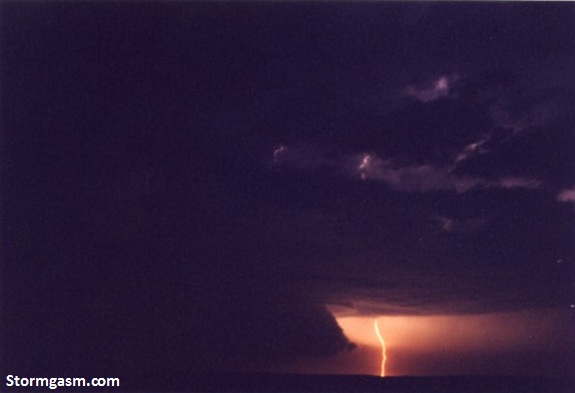 Wall cloud illuminated by lightning from a supercell in extreme southern Kansas on April 17, 2002.

Perhaps the most incredible feeling occurs while standing in front of a supercell thunderstorm as the sun is setting. The wall cloud rotates in the distance. You snap a couple more pictures…you zoom in with your video camera. Then you take your eyes away from the view finder for a moment just look at the storm. It’s just you and the storm. You think about the tornado it produced an hour ago and how amazing it was to witness. Then, you think about the chase setups that are coming up over the next few days. Your anticipation grows and a sense of true happiness sets in. But then you think about that fact that it’s only April **, and you know there is much, much more to chase and experience this season.