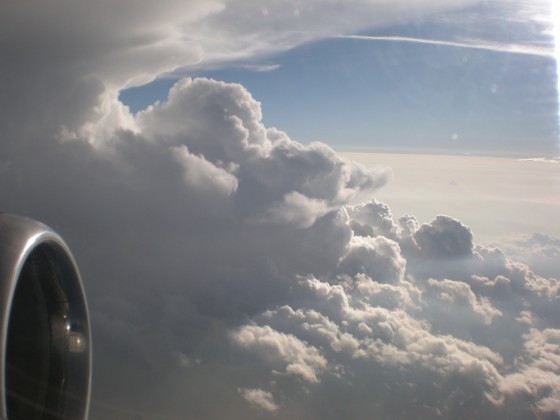 Supercell near Charlotte, NC causing my flight to be re-directed to Columbia, SC

I’ve been extremely busy over the past week or so, and haven’t been able to comment on the tornado outbreaks that have been occurring over the Great Plains. Although, I will say the MJO wave came through like a charm, and contributed to three straight days of supercells and tornadoes. So while I’ve been too busy to follow the tornado outbreaks that occurred, I can at least share some pretty cool pictures I shot from a plane near Charlotte, NC.

On Saturday, April 9, I was flying into Charlotte, NC to catch my connector into LGA later that evening. A couple hours into the flight, I looked out the window and noticed intense updrafts and thunderstorm tops off in the distance. I shot some photos with my digital camera, and then sat back into my seat and relaxed. A few minutes later, I noticed a much more impressive updraft and overshooting top. Finally, as we began our initial decent into Charlotte, I snapped an incredible picture of the updraft and anvil of a supercell that, evidently, caused us to not only circle the airport for 30 minutes, but then get re-directed to Columbia, SC! 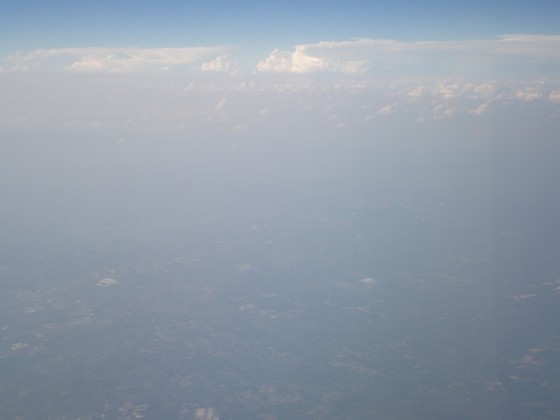 Thunderstorms off in the distance as we approached Charlotte, NC 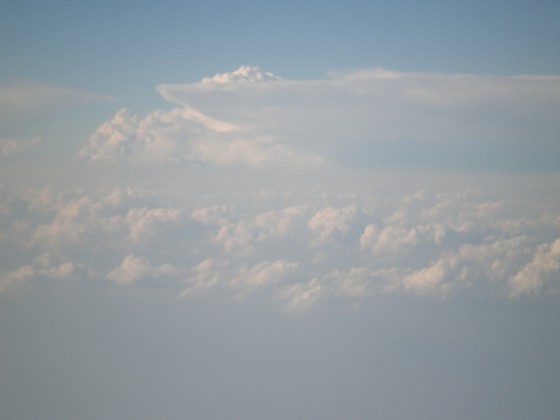 Supercell with an overshooting top, as we were getting close to Charlotte, NC 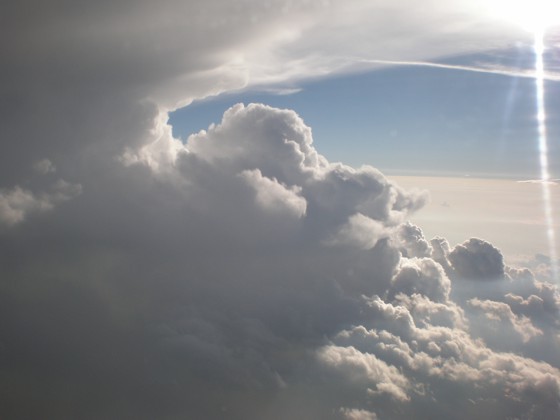 Supercell just north of the plane, with a visible anvil. This was the reason for our re-direct into Columbia, SC. 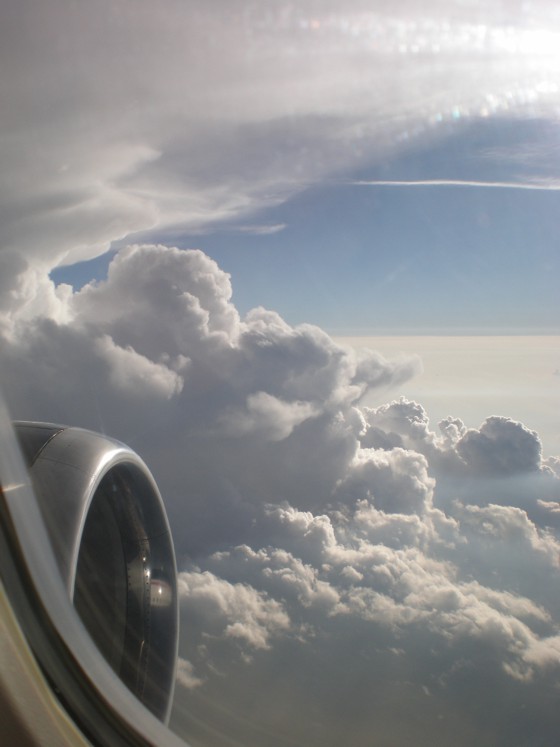 Another shot of the supercell

I don’t want to bore everyone with the details, so I’ll make the rest of the story short. We sat on the plane in Columbia for almost three hours before finally taking off again to Charlotte. When we arrived, I was certain I’d missed my plane. But all flights were delayed due to the storms. To cut to the chase, my flight didn’t leave the airport ’till 1:30 a.m., and I didn’t get home until around 4:30 a.m.! So I was basically in travel mode for twenty hours, between different airports and on three different airplane. But, at least I made it home in one piece without having to figure out an alternative plan of action.