Obviously, chasing in Boston isn’t the same as being out in the plains- road networks, trees and traffic make seeing storm structure nearly impossible. Despite that hindrance my wife and I were able to see the back side of a tornado-warned supercell from Saugus, MA looking to the northeast. The storm structure was gorgeous with mammatus clouds overhead and the sun shining through the storm itself.

Another storm, a supercell that was rapidly becoming outflow dominant (soon to be bow echo), was to our west heading east. We decided to drive southwest to intercept the storm in the Costco parking lot in Everett, but also to do some shopping as we waited for the bow echo to pass and make driving home a little more manageable. As we walked inside, you could hear tiny pops and crackles as hail began to fall. It began to rain as we walked into the entrance- and then it really began to hail in earnest, netting quarter sized hail. We were actually in a great spot to see all of this unfold- the entrance near the shopping carts- because we got hit with intense straight line winds which violently blew boxes and carts everywhere- people yelling and filming it with their phones. There was loud thunder and cloud-to-ground lightning strikes, making the area filled with people who aren’t really used to severe storms quite the chaotic scene. The employees had to quickly close the drawbridge doors to the front of the store, effectively locking us all inside as this happened. The whole ‘event’ lasted around ten minutes and then everyone went on their way- definitely an entertaining trip to Costco for everyone! 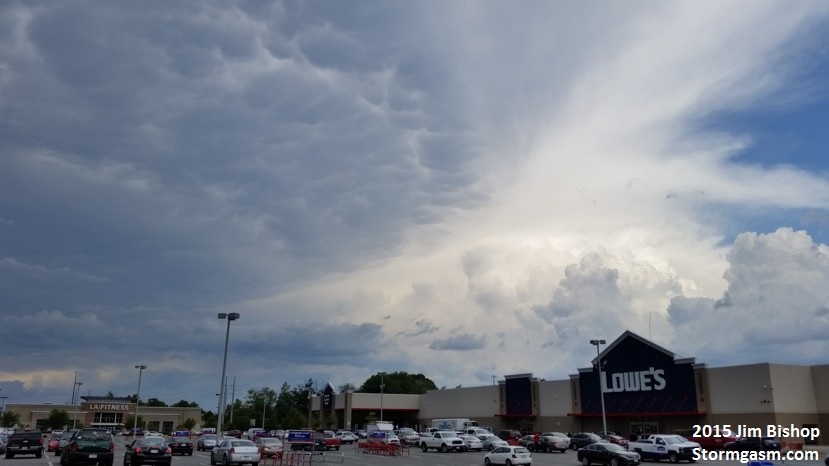 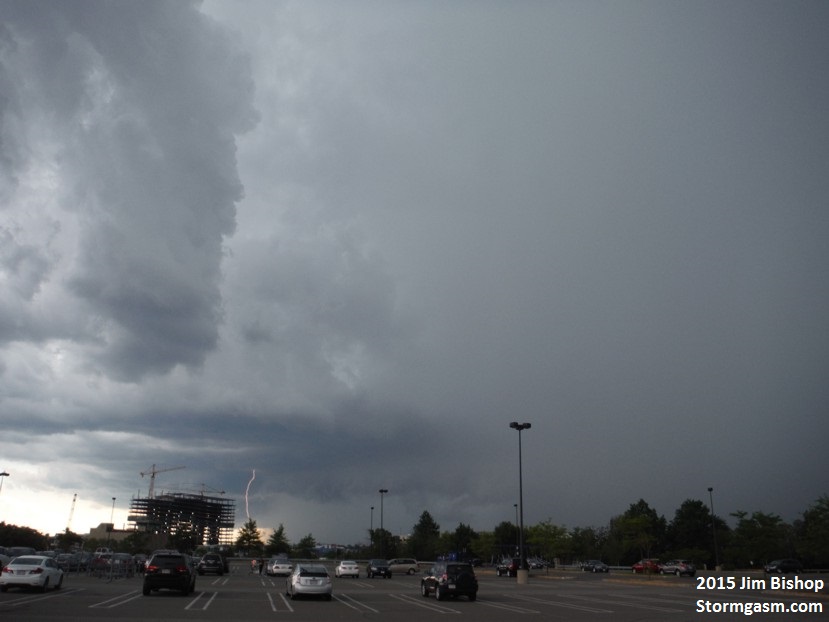 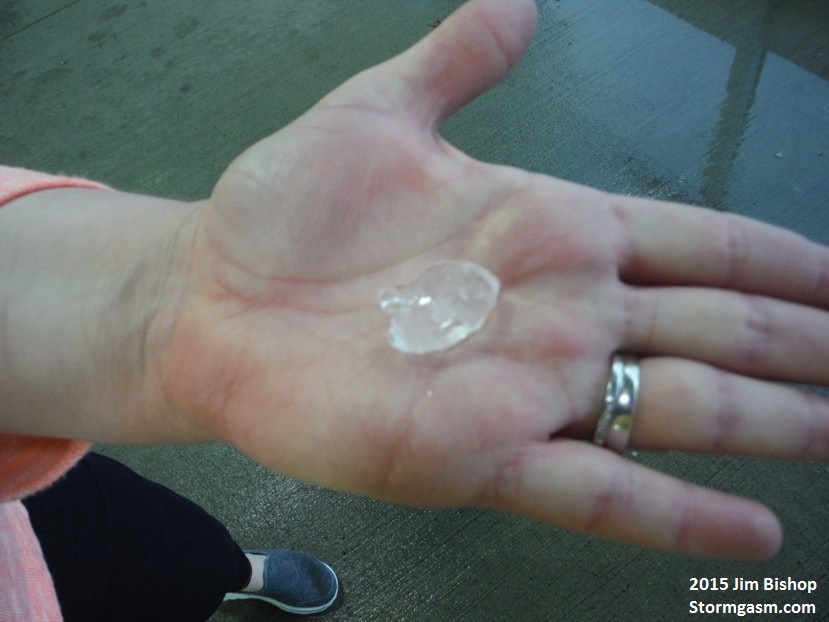