Another Snowstorm for the Northeast… 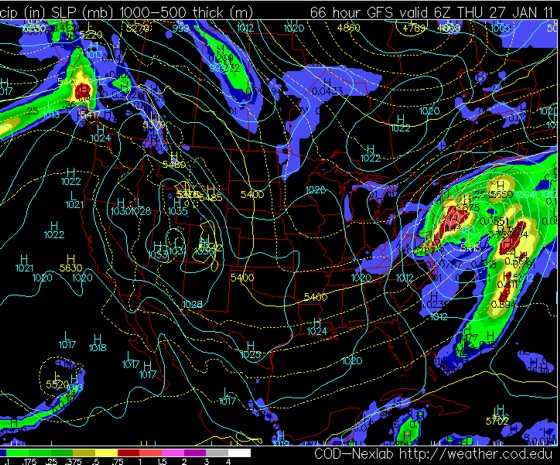 Winter weather enthusiasts should be rejoicing over the incredibly large amount of snow that has fallen across the Northeast this winter. Though, many residents from New Jersey up the east coast to Boston and much of New England aren’t so thrilled. Most areas have already exceeded their normal winter snowfall for the entire season. We are still a week away from February, but another big winter storm is expected to bring more snow to these same areas — again.

Just to put things into perspective, my backyard in Shelton, CT has received a little over 42 inches of snow since December. I don’t actually know what the official count is or anything, but that’s the ballpark number I came up with after adding up all the snow events we’ve had. Needless to say, we’ve had more than our fair share! (I’m not complaining, but many people are, and for good reasons)

So onto the next big event coming Wednesday through early Thursday. I really like the consistency of the European model, and the GFS is finally coming around to that solution (see image). This looks like a 4-8 inch snow event for most coastal areas from northern New Jersey, up the Connecticut coast, but a bigger event further inland. If you live near or north of I-84, you stand a good shot of seeing another foot of snow from this storm, maybe even more in isolated areas. The in-between areas (I’m right on that line, btw) will probably see in the 8-12 inch neighborhood. But before this turns to all snow across the Northeast Wednesday night, there will be an extended period of sleet or a rain/sleet mixture Wednesday afternoon into the early evening, especially along the coast. What a mess!

So basically, the lower Hudson Valley into interior Connecticut, Massachusetts and southern NH/ME are going to get hammered with snow. Awesome. I’ll admit though, I’m getting sick of talking about snow forecasts. But I’m not sick of watching them unfold from my apartment window. In fact I need to do more of that. The last couple snowstorms I spent way too much time outside in the snow, like a little kid (what can I say, I’m a true weather enthusiast). And what happened? I became quite ill for over a week! I think maybe I’ll take it easy for this storm and watch the snow from the comfort of my home and NOT catch another wicked cold.

Snow, snow, snow…what else? Eventually this blog will talk about severe weather and tornadoes again (I’ve forgotten what that’s like, and I’m sure many of you have too). But for now we are stuck in the heart of a super cold winter. Speaking of super cold, it was -8F in my backyard this morning! That’s just painful.

Here’s to spring being just around the corner, whatever corner that might be…