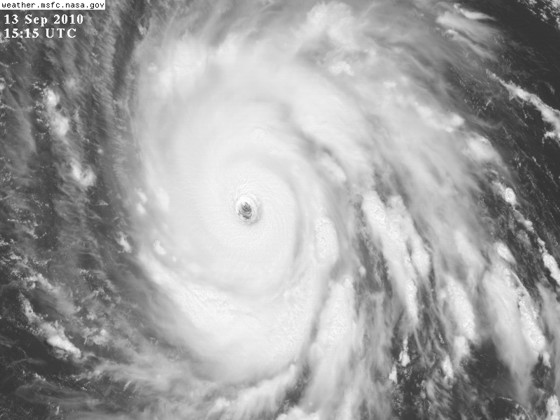 After days and days of an uphill battle, fighting dry air just like Hurricane Earl did over the central Atlantic back in August, Hurricane Igor has become a category 4 hurricane. Igor has maximum sustained winds of 150 mph, which is only 6 mph shy of category 5 status.

For four days after forming as a tropical storm on September 8 near the Cape Verde Islands, Igor struggled to hold his own intensity as he moved westward and faced an abundance of dry air. By 11pm on September 11, he finally became a hurricane over the central Atlantic. Since then, he has continued to strengthen and has now reached category 4 status. If these trends continue before his next eyewall replacement cycle begins, he could become the first category 5 hurricane of the 2010 Atlantic hurricane season.

The above image shows the official track forecast from the National Hurricane Center. As you can see, Igor is expected to make a turn to the northwest and move into the western Atlantic over the next several days. He is going to be a threat to Bermuda, but that’s about it.

The weather pattern across North American and the north Atlantic has been supporting a series of troughs over the Northeastern U.S. into the northwestern Atlantic. This is going to create a weakness in the central Atlantic ridge and cause Igor to turn northward this weekend and then northeastward early next week. In other words, these troughs are going to protect the East Coast from Hurricane Igor. This is great news because Igor is a dangerous hurricane that could cause significant damage if it did make landfall along the East Coast of the U.S.

Below are a couple more satellite images of Hurricane Igor. What a beast! 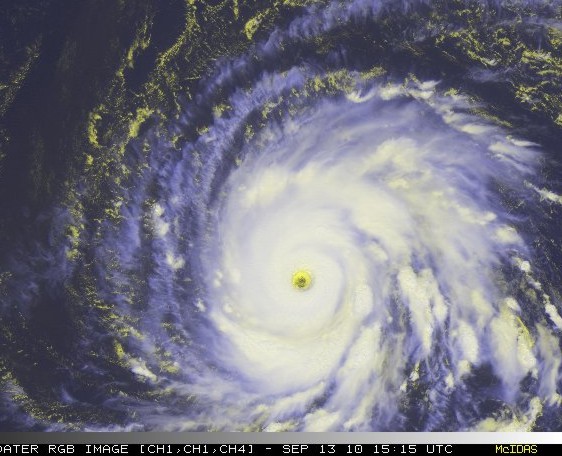 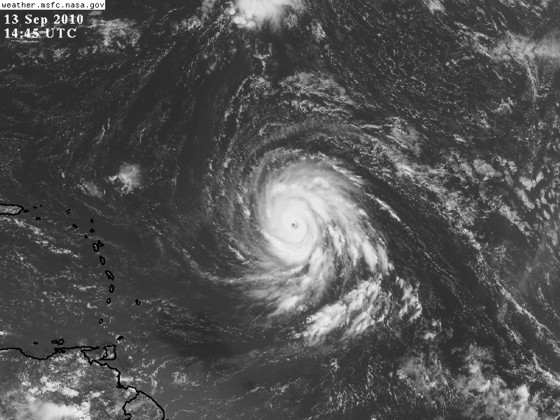