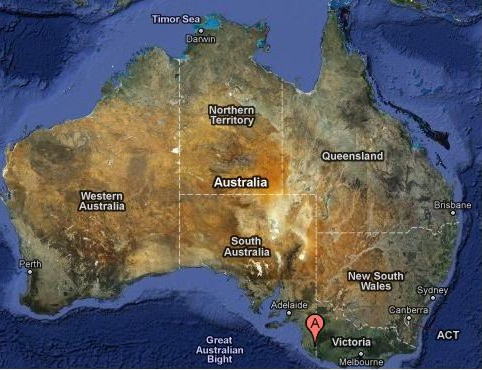 Map of Australia. The "A" indicates the location of the tornado on July 31

According to ABC South East SA, a tornado hit Penola, Australia Saturday evening (July 31) at 6 p.m. ACST. There was so much damage the South Australian Government is providing $250,000 in aid to help the clean-up effort.

This tornado is somewhat unusual, as it occurred during Australia’s meteorological winter. But it’s not the first time Australia has seen a damaging August tornado. Back on August 25, 1999, a tornado went through Perth in Western Australia. That tornado left a 100 meter wide damage path and trapped several people in an apartment complex.